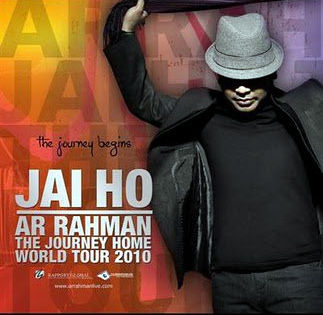 “We wanted to get the best of both worlds — the finest team from America and the soul of the music and the traditions of India and all that stuff,” Rahman told Billboard.com about the tour, which begins June 11 at Nassau Coliseum on Long Island and will play at least 20 shows in North America and Europe.

“What is added is a new dimension which nobody has ever seen, the Asian audience has never seen,” added Rahman, who won Academy and Grammy awards for his 2008 “Slumdog Millionaire” soundtrack. “Normally what happens is we go and sing and there’s some dancers and some kind of visual effects. But this one is so integrated, and every (musical) bar and every second is integrated with technology and stuff which moves around, and it’s done with so much passion.”

Rahman himself will be playing keyboards and singing during the show, as well as speaking to the audience to explain the meanings and creation of the songs. “We’re looking at a universal appeal to this,” he said. “There’s some songs in English, of course, but even for those that aren’t you can still come and enjoy the musicality and the whole culture and colorfulness and the vibrancy of Indian stuff. That’s all going to be there.”

Though the show is keeping him busy, Rahman is still composing film soundtracks, and also has started work on a non-film album of original songs that will target the North American markets he conquered with “Slumdog Millionaire” and the single “Jai Ho.”

“It’s a work-in-progress,” Rahman said. “I’ve had three or four sessions already. The music is probably an extension of what ‘Jai Ho’ did, but going more friendly in terms of English audiences. It’s retaining the same kind of magic, hopefully.”

Rahman said he’s been approached about collaborations by “most” of the artists he joined for the “We Are the World: 25 for Haiti” single earlier this year, but “I’m taking it easy. I want to finish my album first.”