A sequel to VTV – STR and Gautham team up again!

Great news for all those who love to see romantic flicks; the team that gave us the sweet and lyrical Vinnaithaandi Varuvaaya is 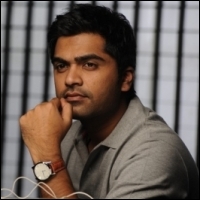 coming together once again. And, the best part is that they are going to give us a sequel to VTV, one of the most lovable romantic musicals to come out in recent years. Its going to be Silambarasan and Gautham Menon joining hands one again with the core team that gave us VTV being retained. We are not yet sure how much of the team is being retained, but knowing the part that Rahmanâ€™s music played in taking VTV straight into our hearts, it is difficult to imagine a sequel to the superhit without the wizardâ€™s compositions.

VTV came at a time when Silambarasanâ€™s career was being perceived to be moving on an action/mass hero track. But, choosing to go subtly and delightfully romantic, in the classy way of Gautham Menon, Silambarsan broke all perceptions and images that had been associated with him. Yes, this actor had different dimensions and he had chosen the right time and team to exhibit that. The character of Karthik will be remembered even a decade from now as the one that put Silambarasan on the course that he was destined for. And, it is not surprising that he is eager to be Karthik once again. And, if we talk about Karthik, how can we forget Jessie. We are not yet sure whether Jessie will be a part of the sequel, but Jessie will be close to the hearts of movie lovers as the character which presented Trisha in her most classy persona as yet. And, can we overlook Ganesh? Gautham Menonâ€™s casting masterstroke that was the most endearing character in the movie after Karthik and Jessie.

Yes, we know that you want to see them all again, but we are not sure how much of Vinnaithaandi Varuvaaya will be carried over to Vinnaithaandi Varuven â€“ yes, that is the provisional title as of now. But, it is not going to be all like VTV-1. If that was a smooth, mellow and sweet love story that left you with a lump in your throat towards the end, the new one will have more color, more vigor and more energy. The energized version of VTV!

Its Gautham Menon back to what he does best, romance. After the change of track in Nadunissi Naaygal, he is getting back to the endearing romantic ways that have made his films favorites with lots of viewers around the world; so get ready to fall in love all over again â€“ hosanna.