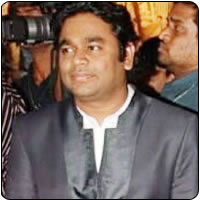 AR Rahman reached the pinnacle by winning the Oscar award for Slumdog Millionaire directed by Danny Boyle. Since then the musician is being flooded with offers from the international film industry including Hollywood. He had scored the music for the Hollywood flick Couples Retreat soon after winning the Oscar.According to the latest buzz, Rahman has been signed up by Boyle yet again for his next film, which has been tentatively titled 127 Hours.