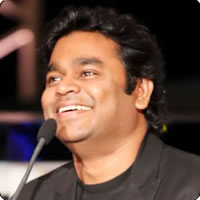 A group of Union Ministers met the Oscar winner AR Rahman to discuss about the music he had scored for the Common Wealth Games theme song. Rahman explained about his music score to the group, which was headed by the Union Minister Jaipal Reddy.

According to sources, the CWG theme song will turn out to be as popular as the Jai Ho song in Slumdog Millionaire for which Rahman was awarded the Oscar.

The CWG is scheduled to begin in the month of October and the song is expected to be released prior to that.