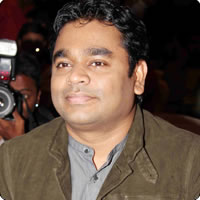 AR Rahman is busy these days composing music for several international films and there is a word that he has bagged an offer to compose a song for the Nobel Peace Prize Committee. But the musician says that though he is being flooded with offers from the international sphere he still prefers to score music for Indian films.

Some of the Indian films that are to be released with AR Rahmanâ€™s music are Hara, Ponnar Shankar, Paani, and Nair San.