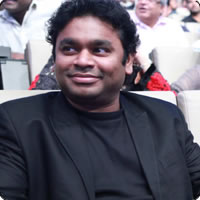 Oscar winner AR Rahman will once again join hands with Danny Boyle for the film Paani. The film will be produced by Danny Boyle and Shekar Kapoor will wield the megaphone. The film is about the divide between the rich and poor classes in the society for water.

Sharan Kapoor will co-produce this venture with Boyle. The film has Hrithik Roshan, Kristen Stewart and Christopher Waltz playing the lead roles. Cinematography will be by Benoit Debie and editing by Jill Bilcock.