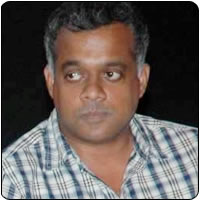 Looks like Va Quarter Cutting is creating a few ripples in the industry. The movie is receiving critical praise for its quirky portrayal of Chennai and its nightlife. Gautham Menon, after watching the movie, telephoned Shiva and congratulated him on his performance. Gautham also had Shiva commit himself for a new flick.

Industry insiders aver that the Gautham â€“ Shiva project would be a full-fledged romance, a complete reversal from the roles the two-film-old Shiva has come to identify with onscreen. The new movie will go on floors in February next year and will have A R Rahman scoring music. Shiva has already acted in Gautham’s ad film in the past.No wonder this new association with Gautham Menon has Siva in Cloud nine