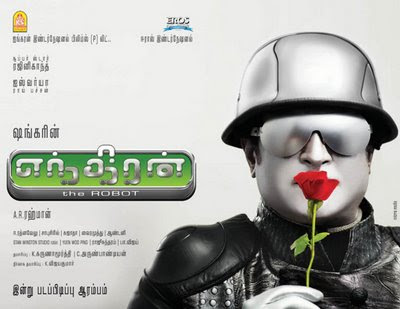 Superstar Rajnikant, who has teamed up with Bollywood diva Aishwarya Rai in Tamil film “Endhiran”, says it is expected to hit the screens in July or August.

Rajnikant was speaking on one of the costliest films to be made in India — with a budget of over Rs.125 crore — after he had visited Chief Minister K. Karunanidhi Thursday to thank him for attending the engagement ceremony of Rajnikant’s second daughter Soundarya with industrialist Ashwin Ramkumar.

“Endhiran” is directed by Shankar and according to the him more than 90 percent of the movie is complete. A.R. Rahman has composed the music for the film.