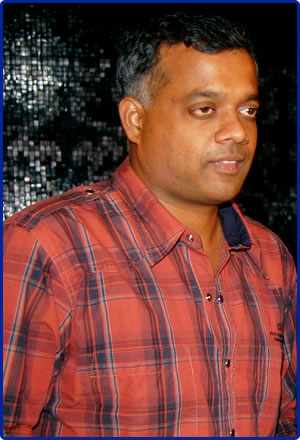 What would be the situation when certain media channelsÂ run outÂ of stories and create their own tales? Things turned out to be similar with Gowtham Menon as there have been more baselessÂ rumorsÂ than actual facts pertaining to his projects.

The filmmaker says that he was perplexed to hear buzzes of his next film with Ajith Kumar being dropped due to difference of opinionsâ€¦ Admitting the present status of the project, Gowtham Menon says, â€œAjith Kumar is busy with his F2 Racing Tournament now while producer Dayanidhi Azhagiri is occupied with a couple of productions. We will startÂ shootingÂ the film, once Ajith kumar returns from Europe. I am still improvising the script and it will be the most stylish film made in South Indian Film Industry everâ€¦â€

Apart from this film, Gowtham Menon has almost completedÂ shootingÂ for his untitled psycho-thriller with Sameera Reddy and his close associate Veera in lead roles. Heâ€™ll soon be starting the Hindi remake of â€˜Vinnaithandi Varuvaayaâ€™ that has a musical score by A.R. Rahman.