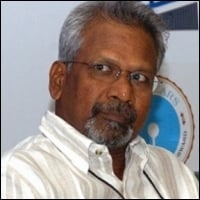 The news about Mani Ratnamâ€™s â€˜Ponniyin Selvanâ€™ shelved has disappointed the fans of Vijay and Mahesh Babu. However, Mani Ratnamâ€™s team members are reportedly happy that he didnâ€™t involve in the project that is profitably not viable.

The latest we hear from the closer sources is Mani Ratnam is glimpsing through three different scripts that he had crafted before the completion of â€˜Raavananâ€™. It looks like his next preference is a breezy rom-com starring newcomers in lead roles. The inside reports mention that audition for new faces is going on at initial levels. However, the technical team will have P.C. Sriram and A.R. Rahman, who are considered as the lucky factors of Mani Ratnamâ€™s films.