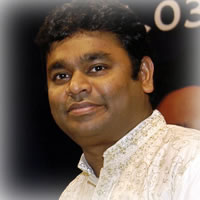 Former Australian opening batsman Matthew Hayden has been roped in to host the mega song-and-dance extravaganza that will have an attendance of about 70,000 people.

Known for his immaculate consistency with the bat on the field, Hayden wants to prove that he is equally at ease as an anchor too. So he has been researching on Rahman and his works for over a week now.

Hayden will partner ABC presenter Miriam Corowa for hosting the Parramatta Park (near Sydney) concert that will be telecast live to 44 countries.

Interestingly, both of them have a strong Chennai connection. While Rahman is known as the Mozart of Madras, Hayden plays for the Chennai Super Kings cricket team.

A source says, â€œThey are like brothers from Chennai. Hayden loves Indian music, especially Rahmanâ€™s, and he is very excited to host the event for him. He is gathering as much information as possible on Rahman, his music and styles.â€

Hayden was quoted as saying in a statement issued by the Australian Embassy in Delhi: â€œI am honoured and thrilled to be a part of AR Rahmanâ€™s unique outdoor extravaganza and the Sydney Festival. Rahman was born in Chennai, a city that I have come to love and a part of India that is very special to me for many reasons. I am excited that many Australians will be able to enjoy what millions of people around the world have come to love and appreciate, the incredible Mozart of Madras and the amazing Indian musicians and Bollywood dancers.â€

Rahman is performing with 40 Indian musicians and dancers and he will promote peace and harmony in Australia.