Panchathan Record Inn and AM Studios 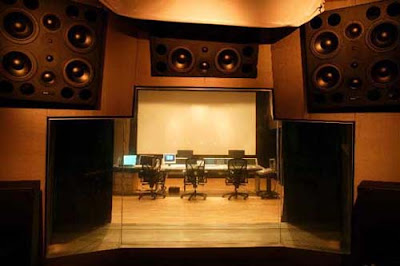 TheÂ Panchathan Record Inn &Â AM Studios are composer/music directorÂ A. R. Rahman’s studios on his street atÂ Kodambakkam,Â Chennai inÂ Tamil Nadu. The Inn was established in 1989, attached to his backyard, and developed into the most developed studio in Asia..[1] Located very close to his home, it houses equipment like the Euphonix System 5 Audio Mixing system. The studio has been designed by Studio 440 and the state of the art equipment is from Daxco Digital. His team includes acclaimed sound engineers ofÂ Chennai film music including the lateÂ H. Sridhar, S .Sivakumar, Aditya Modi,Â A.S. Laxmi Narayanan, his manager Noell James, and Co-Ordinator Samidurai.

In 2005,Â A. R. Rahman built a new studio, part of a redevelopment and extension project of the inn, calledÂ AM Studios. Mixing takes place at both the inn and the commercial A. M Studios for films. Other music directors use AM Studios for recording. Rahman also owns the newly built KM Musiq Studios in London where he has also mixed scores.