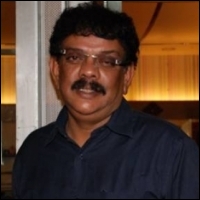 Priyadarshan signed a 3-film deal with Percept Picture Company some timeÂ back. The projects include AIDS, sequel to his yesteryear comedyÂ blockbuster Maalamal Weekly and Grrrr. Grrrr is shaping up into a bigÂ budget flick as Priyadarshan has signed the most proficient techniciansÂ that includes academy award winner AR Rahman. Since the film will be shotÂ in the deep-rooted forests of Africa, the filmmaker has been holding talksÂ with top-charting cinematographers to shoot the film.

Amitabh Bachchan will play the lead role that of a British hunter JimÂ Corbett, who embarks a hazardous journey into the forests to hunt down aÂ dangerous beast that has been preying on people. The film is expected to goÂ on floors next year as Priyadarshan is busy now with the shooting schedulesÂ of his multi-starrer movie ‘Tez’.