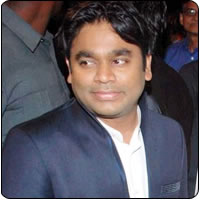 Oscar winning music director AR Rahman is not just signing up prestigious film offers from both the national as well as international film industries.

The Mozart of Madras has clinched a mega deal for scoring the music for the Common Wealth Games opening ceremony song. The deal is estimated at Rs. 5.5 crores while the initial demand from the managers of Rahman was Rs. 15 crores. Rahman will also be a part of the promotional events that is to be held in Delhi between October 3 and 14.