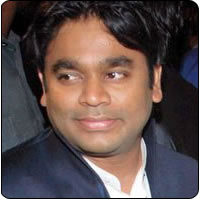 A R Rahman will kick start his Jai Ho: The Journey Home world tour on June 11 in New York. And Rahman has entrusted his wardrobe to fashion designer Ritu Beri. There are reports that Beri has made some great LED costumes for Rahman and team. Amy Tinkham, who had conducted concerts for Britney Spears and Mariah Carey, is coordinating with Beri to bring out the best of costumes. Beri is said to have fused the most modern technology and traditional elegance to make the costumes.

Rahman and team of musicians and singers will be covering 20 destinations in the Jai Ho: The Journey Home tour.