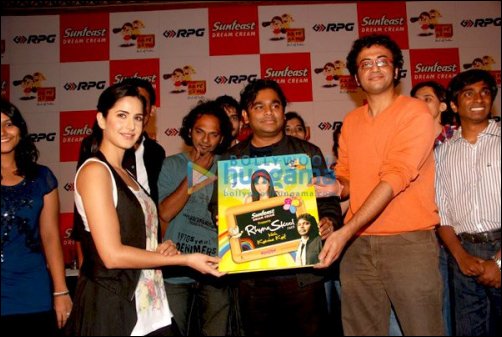 During her address, the actress, who has given a voiceover for the collection, said that people really want to listen to her voice, somebody wants her to speak in Hindi or somebody wants to hear her sing. She confessed that she is terribly bad at singing.

In the meantime, AR Rahman, who was sitting next to her, immediately invited her to join his group for a free one year course in basics! Well, Kats couldnâ€™t refuse while she blushed.

Notably, the compositions in the album, released by Saregama, have been scored by Rahman’s students. “I have a lot of expectations from my students and I am confident that even though it is a kid’s music album, the music will be loved by people of all age groups,” AR Rahman said.