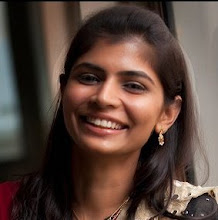 Rahman sir told me to sing in a track for a collaboration that he was doing with the very famous Egyptian Composer Hossam Ramzy, many moons ago. And though it may be strange I got to know via a tweet that the album is set to release and Cairo to India carries my name in the credits.
To be credited in an ARR collaboration is humbling for me. And a reaffirmation of what my mom has been putting into my singing and helping me grow as a musician and an artiste. The gratitude to Rahman sir keeps piling up though. There have been days when tears have flown freely due to various reasons. Anger has been one of them. Frustration another. Sadness yet another with regard to my career.
But if there has been one person who has believed in me for whatever 2 pence I was worth, it has been Rahman sir. From the day of the recording of Dheivam Thandha Poove during my board exams to now, almost a decade has passed. But when I enter the studios today, I am still the child that I was. Time and again have I said, that he was our beacon of hope at the end of a dark tunnel, a ray of hope to a harassed single mom. And a girl who also had begun to question what’s the point of living an honest life? Not to mention that the question hadnt been raised more in the recent past but the thing is I have been cast in a way. The die was made in a certain way. The mould cannot change neither can the impression.
More than anything else, I live my life today, in gratitude for the food on my plate. All thanks to that first song that Rahman sir gave and continued to, when it was the era of the kuthu songs, when no one thought it was ‘right’ to make me sing a Kuthu song. Kept a wilting creeper alive through all those days.
Angels do walk the earth. The maseeha I know is Rahman ‘anna’. The way I called him the very first time I entered his studio and he chuckled at that naive 15 year old.
There is nothing that someone like me can give back to him or his family except wish and pray with all our hearts, like millions of his fans, that he be healthy and spiritually protected.
And today I send my thanks to the God above for giving us hope in life.
And if you are at this point where a lot of things seem hopeless, I wish for you that you may find the hope that I eventually did. My mom waited almost 50 years for that. I waited a mere 14.
Eventually there is light at the end of the tunnel.
http://chinmayisripada.blogspot.com/