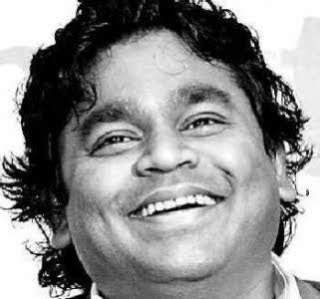 Kâ€™Naan, the Somali singer and composer, whose World Cup song â€˜Wavinâ€™ Flagâ€™ has become the most downloaded international song in India, has shown interest to work with Indian musicians.

Indians are also highly praising his â€˜Wavinâ€™ Flagâ€™ number. The rapper has also complimented the Indian music saying that he loves the compositions of Indian music composer AR Rahman. Kâ€™Naan added, â€œI liked Indian music and I have heard many of them but cannot remember all the names. I remember one person AR Rahman as I love his music a lot, he is very good.â€

On asking about the possibilities of a future collaboration with Rahman, the Somali singer said, â€œI am eager to explore new things in life.â€

The 32 year old composer hopes that his composition â€˜Wavinâ€™ Flagâ€™ can capture the feeling of â€˜unity and celebrationâ€™, which the FIFA epitomizes. Kâ€™Naan said, â€œThe â€˜Wavinâ€™ Flag is the Coca-Cola anthem for the FIFA World Cup of 2010. It feels great to compose a hit track in all four corners of the world. It is a beautiful and inspiring song and I wish it brings a feeling of unity and celebration to people all over the planet.â€

The Universal Music, which released the song, says that it has made a record with more than 150,000 downloads in India. This has become the caller tune of many football enthusiasts. Apart from clubs, the radio and TV channels are also playing it repeatedly.

Kâ€™Naan informed, â€œIn more than 150 markets all over the world, the single has been released as the anthem for the global Coca-Cola campaign in support of its FIFA World Cup.â€

In the Twitter, many Bollywood stars have posted their views on this song. On the song, Shah Rukh Khan tweeted, â€œMy kids are in love with the Wavinâ€™ Flag song.â€

Bollywood singer Mohit Chauhan said, â€œThe song comes with the right spirit and drives home the accurate message, whether be it life or soccer. I love the beats of the track and the tune is also very catchy.â€

Bollywood actress Deepika Padukone is also praising the song, saying, â€œThe best part of the song is that I feel like humming it whenever it is played and thatâ€™s what makes it a great track.