Most of the Subash Ghaiâ€™s films have been musical hits and his combination with A.R. Rahman in â€˜Taalâ€™ was a tremendous success 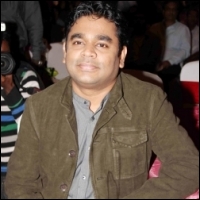 while â€˜Yuvvrajâ€™ was lauded for its musical grandness. It looks like the duo will come together again, this time for a musical animation film. Recently Subash Ghai collaborated with Ketan Mehtaâ€™s Maya Digital to make 3D and animation flicks.

With Subash Ghai close on the heels of completing the script work and other preproduction works, the filmmaker is keen about signing A.R. Rahman as music plays a vital role in the film.

Right now Subash Ghai and Ketan Mehta are planning to recreate Sholay in 3D and have already completed the test shoot.