There can only be one Rahman: Srinivas 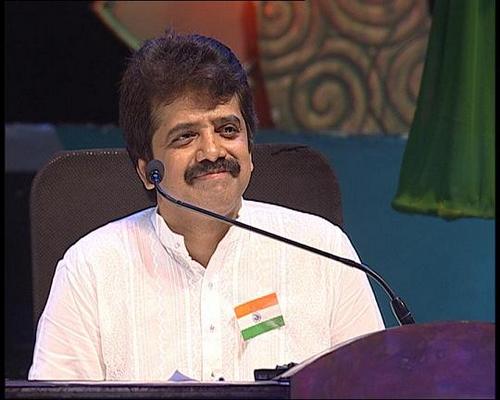 His calm yet resolute demeanour is what strikes you first when you meet him.

And whenÂ singer Srinivas gets talking about his latest album â€” Timeless Classics â€” a unique offering of Mehdi Hassan ghazals which is to be launched today by A R Rahman, you can’t help but be delighted for him.

“As a singer, I now feel thoroughly satisfied and complete,” says Srinivas, referring to the album which he feels has made his musical journey come a full circle. “I’ve never enjoyed anything as much as I have, recording this album,” he adds.

One year into the making of the album (“what started as a scratch is now a full-fledged album, thanks to Henry Kuruvila; he is the star of this venture”), he says, “We have retained the essence of the original melodies and rendered the tracks in a new form by orchestrating them differently with modern technology.”

When Srini gets talking about the legendary Mehdi Hassan, his love and passion for ghazals echoes, “These songs were part of my growing years. I’ve listened to them so many times that they have been absorbed into my system. Every song is a lesson in itself. I’m forever indebted to these great masters who have taught me, from afar.”

Ask him if albums are really faring well in the current scenario and he says matter-of-factly, “There’s no market for albums, which is why I am producing the album myself! But audiences are welcoming. No doubt about that.”

On working with Rahman, he says, “There can be only one Rahman. Two years ago, he called me out of the blue to supervise his recordings. I consider it an honour. Earlier, he would be there to monitor every single take. I sometimes wonder if I can match his perfection standards,” and adds, “He’s at lightning speed when it comes to creativity and innovations. There are times when he compliments me and nothing feels as good as that. For me, it’s like an award.”

However, Srinivas says he has cut down on the number of assignments. He rewinds, “Earlier, I used to be recording four songs a day. Now, it’s probably that many a month. I’ve a lot of time to make more music and practise.” The singer has sung for Hara and is composing for director Jayaraj’s Malayalam movie.

Owning a voice to reckon with, this humble singer feels it’s been such an interesting journey. “I stepped in very late and it took me longer to discover myself and my style. Nevertheless, it’s a blessing to get paid for doing what I like,” he signs off.