Trisha to act in Hindi Version of â€˜Ye Maaya Chesaveâ€™ 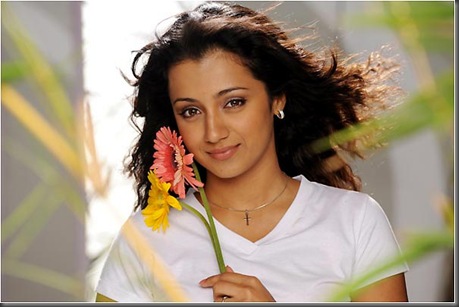 Impressed with the script of â€˜Ye Maaya Chesaaveâ€™, Ambika Hinduja of Serendipity Films has bought the rights of the movie to shoot the same in Hindi. The Hindi version will be directed by Gautham Menon, while the hero of the movie has not been confirmed, Trisha will be heroine.

Trisha was already the heroine in the Tamil version â€˜Vinnaithaandi Varuvaayaâ€™ and now sheâ€™ll again play the role of â€˜Jessieâ€™ in the Hindi version. Among the technicians, A R Rahman is already in the list to compose the music, but sources say the Hindi version might have the tunes reworked.

After a battle for the rights with biggies like Balaji Telefilms, Filmkraft, etc., the producers, Serendipity Films who produced â€˜Teen Pattiâ€™ with Amitabh Bachchan, finally won the rights. As for the hero for the Hindi version of â€˜Ye Maaya Chesaaveâ€™, yesteryear hero Raj Babbarâ€™s son Prateik Babbar is being considered but nothing has been confirmed.

A fact known to all, Gautham Menonâ€™s earlier movie â€˜Cheliâ€™ starring Madhavan and Reema Sen was remade in Hindi as â€˜Rehna Hai Tere Dil Meinâ€™. Rights for his â€˜Gharshanaâ€™ have also been bought in Hindi but he wonâ€™t be directing it. The Hindi version of â€˜Gharshanaâ€™ will have John Abraham as the cop!