â€œWANTED TO DO MY BEST AND THEN LEAVE IT,â€ RAHMAN 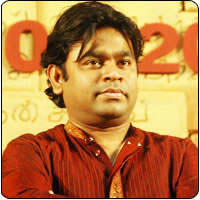 Tickets for the Jai Ho â€” The Journey Home Tour by A R Rahman is being sold at $1000 in the US. There are 11 concerts planned in the US, after which Rahman and party will move over to Europe. Aroon Shivdasani, executive director of the Indo-American Arts Council, said, â€œRegular tickets to Rahmanâ€™s concert tour of the US are sold out. The only tickets remaining are those of high ticket value. I doubt there will be a single available seat at any of the actual concerts.â€ Rahman will kick start the tour at the Nassau Coliseum in New York on June 11, 2010.

Speaking about the success he has achieved so far, Rahman was quoted as saying, â€œMy first movie, I thought it was going to be my last movieâ€¦ So I wanted to do my best and then leave it.â€